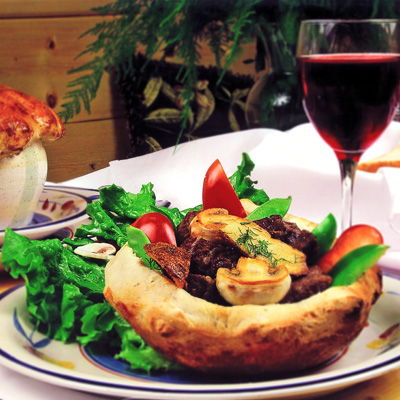 Vienna Pork Chop $18
An Austrian spin on the traditional pork chop served with melted cheese and a sunny side up egg. Available mild or spicy

*Consuming raw or undercooked foods may increase the risk of food borne illness.

We feature a rich menu of traditional and gourmet Polish and Eastern European specialties. Our unique handcrafted furnishings and décor create a cozy atmosphere similar to a country cottage in the mountain region of Poland. Let us take you back to Poland's countryside where our hearty cooking and Polish hospitality offer a truly unique and cherished experience you will not soon forget. Read more.